Everyone is familiar with the UNESCO World Heritage List with over a thousand places of unprecedented universal cultural or natural value. Less commonly known is the UNESCO list called the Memory of the World. This article presents a high level examination of what it is, and case examples from Norway.

There is no convention underlying the world’s documentary memory, contrary to the World Heritage Convention (1972) and the Convention for the Protection of Intangible Heritage (2003). On the other hand, there is a programme called “Memory of the World” (MoW), created in 1992.

The vision of the programme is “that the world’s documentary heritage belongs to all, should be fully preserved and protected for all and, with due recognition of cultural mores and practicalities, should be permanently accessible to all without hindrance”. The background was a growing awareness of the parlous state of preservation of, and access to, documentary heritage in various parts of the world.

War and social upheaval, as well as severe lack of resources, had worsened problems which have existed for centuries, according to UNESCO. Furthermore there was a belief that significant collections worldwide had suffered a variety of fates. Examples pointed out were looting and dispersal, illegal trading, destruction, inadequate housing and funding.

The mission of the Memory of the World Programme is divided into three elements:

Internationally the register counts approximately 429 items (2017), a very low number one may say. We may however also find that the quality of the documents is high. It is quite possible that the programme is little known or does not have a sufficiently high status for participating nations to give priority to it.

There is also a modest number of documents available from Norway in the international register. Six are included so far. These are included in a parallel register we have on the national level. It has far more elements, despite starting as late as 2012. By 2017 it contains 102 documents.

The evaluations and decisions are taken in a national committee. The members come from the National Archives, the Museums Association, the Sami Parliament, the Directorate for Cultural Heritage, and the National Library. Nominations are promoted by various institutions, every other year. See the list of institutions and which documents they preserve. See also Norway’s documentary heritage on Facebook. (The links to pages in Norway lead to text in Norwegian only.)

The six documents in the international register are introduced below and offer an interesting insight into the variety of documents included in the register.

This document is Ibsen’s original manuscript from 1879 to the play “A Doll’s House”, his major breakthrough in Europe as a playwright. The manuscript is stored at the National Library.

The document includes original film material from the Amundsen South Pole Expedition. The recordings document important events on the first South Pole expedition. The short movie below is believed to be the version shown on cinemas. The original material is stored at the Norwegian Film Institute and the National Library.

Photo archive with negatives and original portfolio from the scientist and photographer’s stay in Kautokeino and elsewhere in Finnmark and Sami Finland, 1882-83. The archive of about 300 images is managed by the University Library in Bergen. Below you will see one of his pictures, seven more are found on Flickr and almost all at UBB. 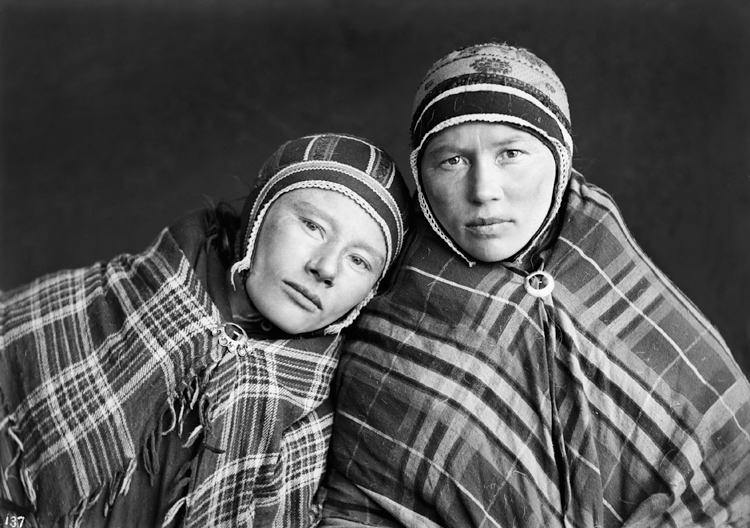 The Leprosy Archives of Bergen

Read UNESCO’s introduction to The Leprosy Archives of Bergen.

The Leprosy archives document the breakthrough of the scientific understanding and description of leprosy. They are divided into several public archives in Bergen. We read : “The battle against leprosy on the west coast of Norway had a high priority in the 19th century. For several decades, Bergen was the international centre for research on leprosy. At that time, Bergen had the highest concentration of lepers in Europe, and there was a great deal of research in the institutions.”

The archive itself consists of archives from several leprosy institutes, including three leprosy hospitals in Bergen, as well as some private archives and specially associated leprosy doctors involved.

Courtyard at the former St. Jørgens Hospital, now the Leprosy museum in Bergen. The archives from this hospital are part of the world heritage.

The archives provide insights into the life of one of the 20th century greatest communicators, explorers and scientists. The heritage is managed by the Kon-Tiki Museum and the National Library.

The famous explorer and scientist Thor Heyerdahl, in his library, at his desk, as he appears in the Kon-Tiki Museum. His archives are part of the world heritage.

The Castbergian Child Laws of 1915

Read UNESCO’s introduction to the The Castbergian Child Laws of 1915.

The original manuscript has been included in the Register. The Castbergian Child Laws regarding the welfare of children were named after the politician Johan Castberg, who was the primary driving force behind the groundbreaking reform. Norway was among the first countries to pass new laws on the status of extra-marital children. This provided an example for other Nordic and Europeans countries. According to the new laws, both parents were obliged to provide for the child born outside marriage. If the father was unwilling or unable to pay, the mother was entitled to some financial support. It was also seen as crucial to reduce child mortality and prevent hidden pregnancies which happened more frequently outside marriage.

Here on Sandalsand I suggest that you continue to my introduction to UNESCO’s World Heritage Sites, and the article about World Heritage Sites in Norway. The other convention mentioned in the beginning was UNESCO’s Convention for the Protection of Intangible Heritage. There is also an article about that – with an international introduction and with the use of Norway as a case.

(This article was first published in August 2016, and updated in February 2017 with new numbers for inscriptions on the Norwegian list, as well as more references and illustrations. This is a translation of the original article in Norwegian and slightly modified and updated as of 2018.)

VIDEO – Myanmar – The Train Across the Gokteik Viaduct