Get to know the basic facts and countries in North, Central and East Asia. Learn about Sandalsand’s impressions, find photos and articles.

These women emerged from their houses at the Sera monastery in Tibet in 1985. They brushed their hair and aprons and wanted us to take their pictures. So we did.

It turned out they thought we had Polaroid cameras with instant processing and printing and became disappointed to discover the truth. They had obviously met or heard of charter tourists with such cameras. No “travellers” had them. That was what I wrote about this scene many years ago.

As a matter of fact, that situation does not stand out as typical East Asian in my opinion. People are generally very up to date in technology. My impressions from this part of the world is certainly that of human curiosity and friendliness, in combination with a traditional sense of hospitality. This is true not only in remote Tibet and Mongolia, but also in modern-day Japan.

An even stronger impression is what I would call the hectic way of life most East Asians are living. Partly, this is a consequence of living in one of the world’s most populated regions. I do believe there are cultural reasons as well.

As a means to counteract this, it is no surprise that the region has fostered religious philosophies which put much emphasis on deep meditation and mental balance. There are many potentially troubling balancing points in East Asia’s society today. Old and new; traditional and modern; work and leisure; manual and mental; stagnation and growth; poverty and prosperity; collectivism and individualism.

There are three different regions under this heading. North Asia is by Wikipedia defined as Russia east of the Ural Mountains. East Asia is a larger region of six countries. Central Asia consists of five stan-countries.

We are in the Democratic People's Republic of Korea. This is the story about the road south from Pyongyang to the DMZ on the border with the...

A dam and a cooperative farm in North Korea

The 248 km border between North Korea and South Korea has been labelled the world's most heavily guarded border. The Korean DMZ is a Demilitarised...

Have a look at Sandalsand's pictures from South Korea. They are from Seoul and the northern part of the country. If you look up my articles from...

Royal burial tombs have a five thousand years history in Korea. 40 royal tombs of the Joseon Dynasty are designated as world heritage, and I had the...

There is an atmosphere of calmness and eternity spreading out beneath the tall trees in the large Jongmyo Shrine complex in central Seoul. The...

The Changdeokgung Palace Complex is one of the five "grand palaces" in Seoul. It was originally constructed more than 600 years ago. The UNESCO...

The longest and oldest canal in the world is certainly worth a place on the World Heritage List. The Grand Canal stretches from Beijing in the north...

The historic monuments and sites in Kaesong reminds us of the foundation and development of the Koryo Dynasty. It established the first unified...

This is Sandalsand's collection of pictures from North Korea. They are the result of trips to different parts of the country.  The official...

How to become one of a thousand Western visitors to North Korea, and why?

I was one a thousand Western visitors to North Korea. This article is written after I returned safe and sound from a six-day visit to one of the...

This is Sandalsand's collection of pictures from China. They are the result of trips to different parts of the country over many years. If you look...

Come to the Sulaiman-Too Sacred Mountain to pray like they have been doing in Central Asia for centuries. The UNESCO World Heritage List includes...

This video with faces of Central Asia is a collection of primarily portrait photographs of people from the Central Asian republics of Uzbekistan and...

This is from Wikipedia’s introduction to this region (or regions). 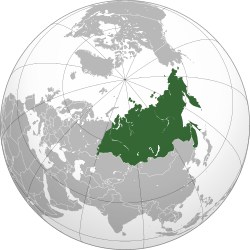 North Asia or Northern Asia, sometimes known as Siberia, is a subregion of Asia, consisting of the Russian regions of Siberia, Ural and the Russian Far East – an area east of the Ural Mountains. The region is sometimes also referred to as Asian Russia. The total population of North Asia is about 33 million. North Asia makes up more than 75% of the territory of Russia, but only 22% of its population, at a density of 2.5 people per km2.

There are around 38 million Russians living east of the Ural Mountains, the informal divide between Europe and Asia. Native Siberians are a minority in Siberia/North Asia due to the Russification process during the last three centuries.

The Buryats numbering 445,175 is the largest ethnic minority group in Siberia. There are 443,852 Yakuts (Russian Census of 2002) living in Siberia. According to the 2002 census there are 500,000 Tatars in Siberia, but 300,000 of them are Volga Tatars who settled in Siberia during periods of colonisation. Other ethnic groups that live in the region and make a significant portion are ethnic Germans and they number about 400,000. 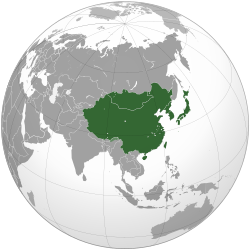 At the present time East Asians comprise around 1.6 billion people, making up about 38% of the population in Continental Asia and 22% of the global population. The region is home to major world metropolises such as Beijing, Hong Kong, Seoul, Shanghai, Taipei, and Tokyo. Although the coastal and riparian areas of the region form one of the world’s most populated places, the population in Mongolia and Western China, both landlocked areas, is very sparsely distributed, with Mongolia having the lowest population density of a sovereign state. The overall population density of the region is 133 inhabitants per square kilometre, about three times the world average of 45/km2.

Otherwise Central Asia has historically been closely tied to its nomadic peoples and the Silk Road. It has acted as a crossroads for the movement of people, goods, and ideas between Europe, Western Asia, South Asia, and East Asia. The Silk Road connected Muslim lands with the people of Europe, India, and China. In time, this crossroads position has intensified the conflict between tribalism and traditionalism and modernization.